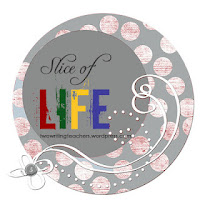 Sunday was Father's Day, a day to celebrate our Dads. On this Father's Day, I realized that my Dad has been gone for 40 years. He died too young - at age 49.

As I thought back, I realized I have much to owe  my father. It is from him that I get my build, my thick hair, my love of reading, my math ability.
It was at his funeral that I heard what made him a role model for many people: The custodian at the bank said that my father always had a good word for everyone and treated everyone the same - whether he was a president or a custodian. He was most definitely not a "yes" man. If a person was an idiot, he told him so!

My mother became a widow at 43 - and raised 5 children on her own, never remarrying.
I always wonder where we would be today if my father had lived.  I know I wish my children would have known their grandfather.
Patty Digh wrote about her Dad this Father's Day and quoted a poem. Read it here.
It so made me remember our special summer vacations at Ocean Park, Maine. So many memories, so many to treasure always.
Happy Father's Day Dad! Love you always! 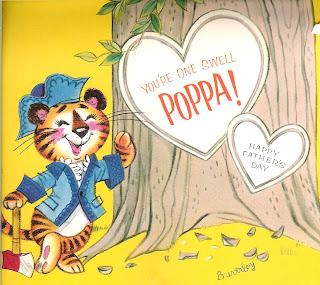 Linking up with Slice of Life Tuesday at Two Writing Teachers.
Posted by Beverley Baird at 9:57 PM

This is a beautiful tribute to your Dad! I respect that he wasn't a Yes man! I connected as a child of a grandparent who passed before I was born. I wish I could have met her. My mom always talks about how my grandmother was a teacher. We would of had lots to discuss...

I love that you still have that card!

It is so neat that your mom kept that card. Beautiful how you can trace and have reflected upon the traits you received from your dad. Thank you for sharing your tribute.

My dad lived until his mid-80's but I found myself reflecting as I read your post. Our dads contribute to how we think about ourselves and others - even when they are no longer around every day.

Such a great tribute to your Dad! It made me reflect on two of my grandfathers, one I never met and one I got to know and love but my little brother never had the chance to. You always wish they were still here, but I take comfort in the saying "Sometimes God picks the flowers for heaven when they are at their most beautiful in bloom."

Beautiful tribute to your dad. It isn't just about the appearance but also about the life lessons we take with us. Thank you for sharing.

I'm sorry you lost your dad so early. You've written a loving tribute to him & I imagine your mom and the rest of the family will love this, & the card too. Glad you wrote about him!

I am sorry you lost your dad so early in our life - but it is clear that he lives on in you and your family. Thanks for sharing your remembbrances of him.

I'm glad your comment led me to your blog today, a beautiful place to spend a few minutes with my morning coffee. I am sorry you lost your father so early. The people I admire are those who, like you, take that loss and live stronger for it.