This past weekend Southern Ontario was hit by an ice storm.. Throughout the region thousands of people lost power and there are still many who have no power 4 days later. What a way to spend Christmas.Hydro workers have been working overtime to remedy the situation. The major problem was the ice on the trees -thousands of trees have lost limbs or worse, resulting in so many lines down.

There was much beauty though in these trees, sparkling in the sunshine., against the blue sky on Monday. 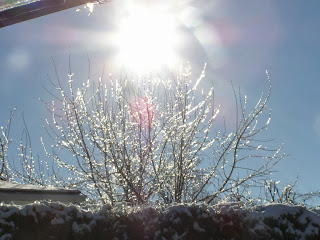 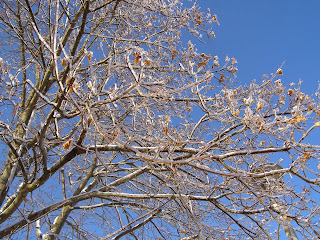 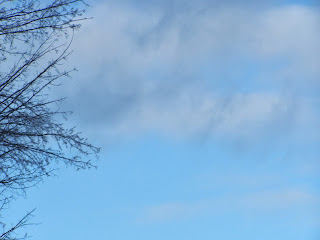 Be sure to check here for wonderful skies from around the world.


Messy Little Details
After the storm, we drove around to see some of the devastation - there were so many limbs down just in our neighbourhood alone. 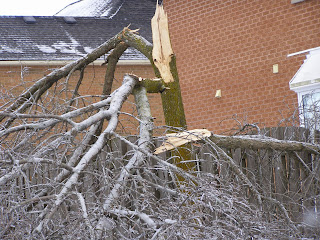 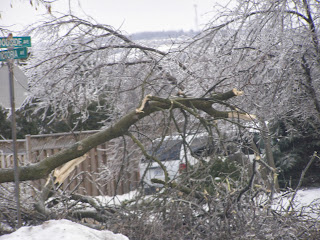 Be sure to visit here for other "messy little  details".
Posted by Beverley Baird at 7:40 AM

Lovely photos. It looks like your area really suffered during the storm.

My sister was one of the many without power. They endured 3 days of no electricity and cooking on a camp stove finally went to a hotel. Spent Christmas Eve and Christmas Day there. Just were able to get back into the house this morning. Safe and sound but lost a lot of food.

We have survived some terrible ice storms here in NH, one year it took a week for power to be restored on our street, but others in our state waited a full month!
Your photos are beautiful. Wishing you a warm, healthy, happy New Year:-)

I remember well a massive ice storm in Montreal in the early 60's where the weight of ice on the power lines brought them all down and it was a massive job, well over a week, with soup kitchens for the elderly and places where you could warm baby bottles. I had a baby in a small apartment and my husband was away doing research on the Arctic ice. Fun times.
Every disaster has it's compensations like the beauty of the ice covered trees glinting in the sun.

Have a very Happy New Year without too many challenges of this kind.

Beautiful, but dangerous!
Hope you have a great week-end!
Lea