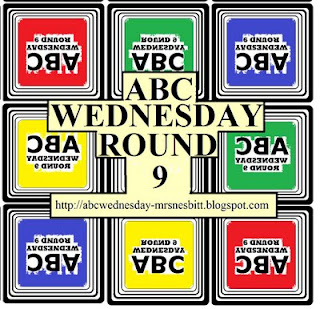 This week at ABC Wednesday, D is our letter of the week.


I had a wee bit of a challenge as the people I wished to focus on had quotes I wasn't enthralled with. Then I found Isak Dinesen. Here is some info on her:


"Karen Blixen (1885-1962), also known by her pseudonym, Isak Dinesen, is famous for her memoir, Out of Africa, and for several works of fiction, including Seven Gothic Tales (1934) and Winter's Tales (1942). A 2007 poll of opinion in her native Denmark lists Karen Blixen as one of the most representative personalities in Danish history. She was several times nominated for the Nobel Prize in Literature. She wrote in English, after living on a coffee farm in Kenya from 1914 to 1931."


Here are a few of her quotes:


"All sorrows can be borne if you put them into a story or tell a story about them."


" Difficult times have helped me to understand better than before, how infinitely rich and beautiful life is in every way, and that so many things that one goes worrying about are of no importance whatsoever."


"God made the world round so we would never be able to see too far down the road."


"The cure for anything is salt water: sweat, tears or the sea. "


"When you have a great and difficult task, something perhaps almost impossible, if you only work a little at a time, every day a little, suddenly the work will finish itself."

Posted by Beverley Baird at 6:56 PM

All of them good quotes and all true.

I loved the movie and book by Karen Blixen! Marvelous quotes and, yes, all so true! Terrific post for the D Day, Bev! Hope your week is going well!

I know her story but have never read any of the books, the quotes make me want to.

Nice quotes. Thanks for sharing!

LOVE that movie! I even bought it so I could watch it now and then. I particularly like the quote about the salt - sweat, tears, and the sea! Great post for our D week and I hope you have a divine week, Bev!

never read the book, but did see the movie Out of Africa.
ROG, ABC Wednesday team